A Beginner’s Guide to Biotech

A Beginner’s Guide to Biotech 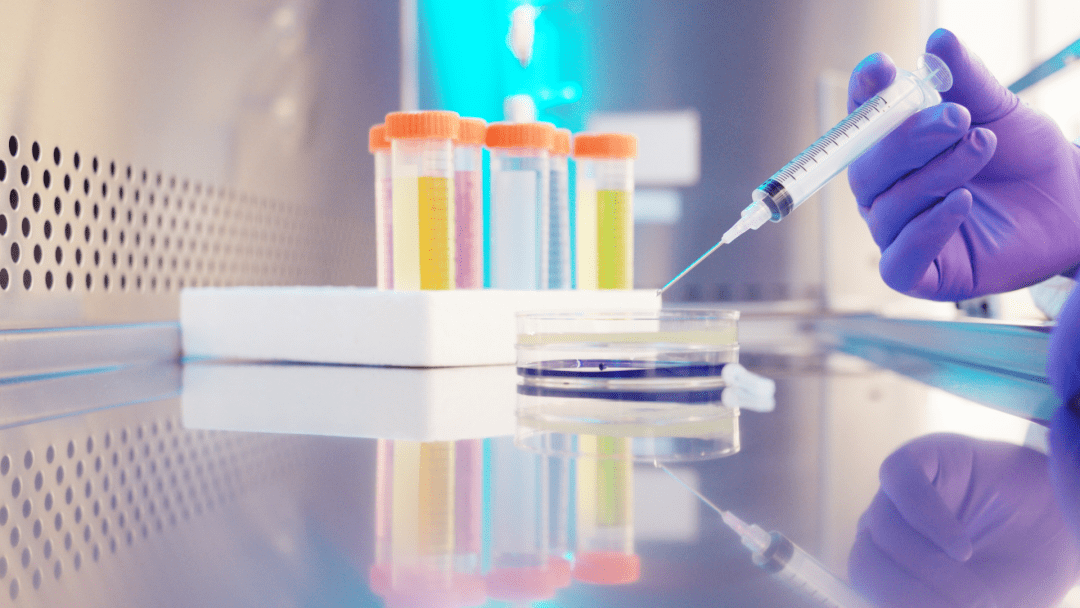 Biotechnology (biology + technology) is the study and utilization of living organisms and their systems to develop products that benefit society, such as: food, fuel, and medicine.

The scope of biotechnology is vast and whether we realize it or not, we use biotech products on a daily basis. In fact, just in your kitchen you will likely find a few. It may be somewhat of a “buzzword” these days, but the history of biotech actually goes back thousands of years. This article will provide an overview of the basics of biotechnology, its historical and modern uses, and its impact.

People have been utilizing biotechnology long before the term was coined in 1919 by Karl Erkey, a Hungarian engineer.¹ Though it may not be the first thing that comes to mind when you think “biotech”, the earliest example of it is the domestication of plants and animals.

People began keeping plants near their shelters and domesticating animals as a reliable source of food about 12,000 years ago.  Animals were domesticated for meat, milk and to be used for ploughing.² A prime example of this is the mule. Humans crossbred mules for transportation, carrying loads, and farming.

Other ancient biotech by-products include:

The history of modern biotechnology begins with Louis Pasteur – a name you may have heard before.  In the 1860’s, the highly regarded French scientist was tasked by Napoleon III with figuring out a way to keep wine from souring. As he studied the wine, he proved that living microorganisms were the culprit behind souring wine and in fermentation.³

From there, Pasteur found that heating the wine between 120–140 °F prevented the wine from souring. This process became known as pasteurization and today, it is common practice in dairy and food industries.⁴ Some commonly pasteurized food include: eggs, juice, cheese, yogurt, ice cream, honey, vinegar, beer, almonds and lobster.

Pasteur’s work also proved (and popularized) the acceptance of germ theory. Germ Theory maintains that microorganisms can cause certain diseases. He later went on to expand germ theory and create several vaccines.  He developed vaccines against fowl cholera, anthrax, and rabies. He also discovered a new way to make vaccines by weakening the microorganisms involved.⁵ Pasteur is often called the Father of Immunology.

“Pasteur was the first to recognize variability in virulence. Today this concept remains relevant to the study of infectious disease, especially with regard to understanding the emergence of diseases such as severe acute respiratory syndrome (SARS), and acquired immunodeficiency syndrome (AIDS).” via Britannica 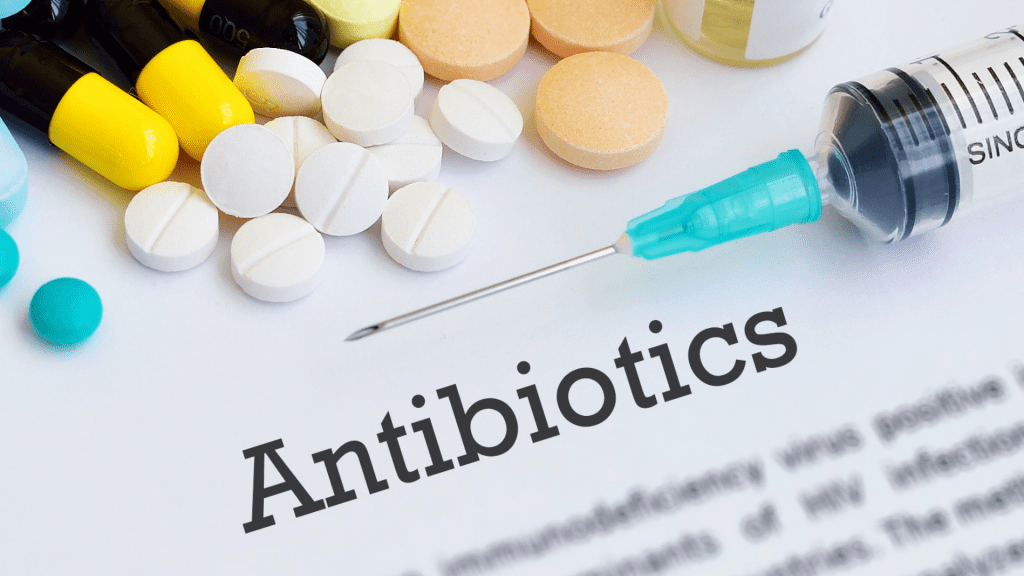 In the next century (1928), Alexander Fleming, a bacteriologist in London, made one of the biggest biotech discoveries to date. When observing Staphylococci bacteria in a petri dish, he noticed that a mold had grown in a petri dish he’d left in his lab and that no bacteria were growing around the mold. He concluded that the presence of this mold killed the bacteria. The antibacterial agent in the Penicillium notatum mold was later named Penicillin – the first antibiotic.

Though Fleming discovered Penicillin, he was unable to isolate the antibacterial compound. For years, he sent the mold to any scientist who thought they could extract the key element to no avail. In fact, this compound wasn’t isolated for another 11 years, when a team of Oxford scientists were able to turn penicillin into a useful medicine. Despite successful testing, the scientists had trouble mass producing the antibiotic until 1942, when they finally found companies to mass produce it in America.

During World War II, millions of units were produced for the war effort – saving the lives of an estimated 1in 7 British Soldiers. By the war’s end, U.S. pharmaceutical companies produced 650 billion units per month. It wasn’t until nearly twenty years after its discovery that the antibiotic was mass produced for the general population.

Today we have new biotech innovations like CRISPR-Cas9 which allows us to edit sections of DNA very easily. Amongst other things, this tech is being used to research the prevention and treatment of single-gene disorders like hemophilia, sickle cell disease and cystic fibrosis.  It is still to be determined whether genome editing is safe for humans, but the future of this technology is very promising for better understanding many disorders and diseases.⁶

We live in the era of big data and the ability to sequence and analyze DNA has created a huge demand for this type of personalized health information. Genotyping has become wildly popular in the past decade, with the advent of companies like 23 and Me and AncestryDNA.

Genotyping is the process of determining the DNA sequence, called a genotype, at specific positions within the genome of an individual and can be used to determine genes relevant to specific traits or disease. By genotyping, people are able to get better information about their predispositions for illness, carrier status for certain genes and other helpful health information.

One of the most obvious examples of life-changing biotechnology is vaccination. Thanks to our friend Pasteur, modern biotechnology has given us lifesaving vaccines for everything from Polio to SARS-CoV-2, most recently.

For people with Diabetes, the invention of recombinant insulin is absolutely vital. “It was developed in response to the need for a consistent and sufficient worldwide supply. Recombinant human insulin replaced the animal insulins and semisynthetic insulins obtained by modification of animal insulins.”  Without this, diabetics would not have a steady, safe supply of insulin.

Another breakthrough technology we can thank the biotech industry for is Biodiesel. Biodiesel is a renewable, biodegradable fuel made from vegetable oils, animal fats, or recycled restaurant grease. Though fossil fuels are also a biotechnology, the key difference is that biodiesel is renewable and grown mostly from modern plants. With growing pressure to reduce carbon emissions, biofuels are gaining popularity and could one day replace traditional fossil fuels.

As great as biotechnology is, it is not without issues. Antimicrobial Resistance (AMR) is one of the biggest health issues we face globally and is a direct result of the over-prescribing of antibiotics and other antimicrobial medications. AMR is “when bacteria, viruses, fungi and parasites change over time and no longer respond to medicines making infections harder to treat and increasing the risk of disease spread, severe illness and death.” ⁷

As a result of this, there is a bigger emphasis on infection prevention. Proactive disinfection methods like using personal protective equipment, safe injection practices and hand & shoe sanitation all contribute to decreasing the risk of antimicrobial resistance. 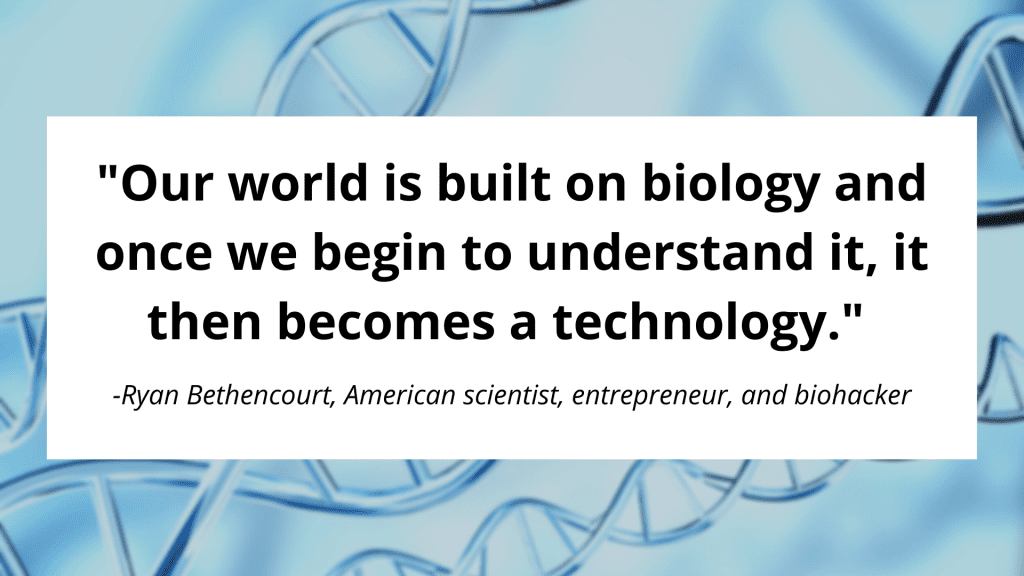 Humans have been utilizing living organisms to our own benefit for thousands of years. Biotechnology goes back as far as human civilization. You can thank biotechnology for the delicious foods in your kitchen, the vaccines that keep you safe, medicines that heal you, and countless other things. This overview just scratches the surface of biotechnology. We are constantly learning more about the other living things around us and finding ways to utilize them for the benefit and safety of humanity.